I once wrote a term paper near the end of my college career arguing that Buffy the Vampire Slayer was the superwoman in a universe ruled by Confucianism. I recently found the book on Confucianism I used to write that paper. The pages are still marked. I will now reconstruct my argument. It’s safe to say I got through college without taking much of it seriously. I’m not saying I’m smart. I’m saying I’m not.

“The moral law is a law from whose operation we cannot for one instant in our existence escape. A law from which we may escape is not the moral law.”

It is very difficult Buffy is subject to several limitations set by “the moral law”. Exemplfication is a tough trick. Her romantic relationships are totally limited to people who are part of the same supernatural world. She belongs to a supernatural caste which she can only successfully navigate with someone who is completely in that world. And they don’t make the best boyfriends.

Poor Buffy. She never had a chance to be mundane so it was all she ever wanted.
Posted by SinisterPurpose at 6:41 PM 3 comments:

Just like it says at the top, folks. This is a chunk out of a paper I wrote in college. I never titled anything. I wrote these papers with the wildest of abandon. Let's power through.

MacDuff's status as archetypal hero is most demonstrable at the point when Macbeth has MacDuff's wife and children. It is an action like this, which almost always precedes the hero's 'dark night of the soul' or 'moment of doubt'. MacDuff could have, until this point, walked away. Macbeth had in no way directly wronged him. He could have not done anything, but the slaughter of his family thrusts him headlong into his role as the hero.

Basically, my theory was that Macbeth was not a tragic figure, but the natural progression and end of an archetypal villain. Top that!
Posted by SinisterPurpose at 7:34 PM 3 comments:

I wrote “Cigars” about a friend of my brother’s who drown when he was 14. The conversation I had with him within the poem was, to the best of my recollection, true. I held a certain amount of amorphous guilt about his death. I’d seen him a day or so before his death and, for selfish teenage boy reasons, I ushered him away. I had a certain amount of trouble reconciling my feelings partially due to the fact that I had any. In the town where I grew up everyone knew a dead kid.
Cigars
A year ago today
We sat at my table
And talked about the big and the small
A year ago today
We talked first loves
First lusts
The   women we had and
The women we wanted
A year ago today
We stood over a machine
And speculated what was making
It tick and wheeze and sputter so
A year ago we stared at stars
And wondered their purpose
We sat smoking cigars
Their pungent odor
Irritating our eyes
I told you my worries
You said “Everything works out”
You smiled and made it all simple
I don’t smoke cigars anymore
My eyes still water though
Because a year ago tomorrow
I saw them pull you
From the water.
A pretty childish punch at the end there, but hey, at least I was trying to write my feelings, right? Oh, and the “me” in the poem was totally lying. I still smoked cigars.
Posted by SinisterPurpose at 8:13 PM 6 comments: 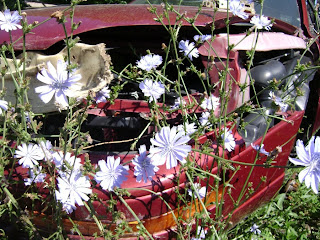 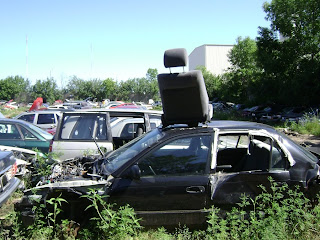 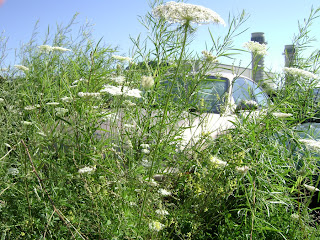 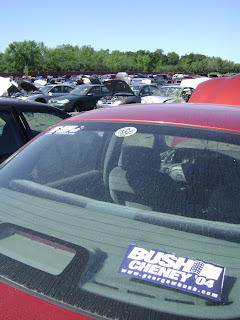 Many of my standard themes are present here. I like exploring images which question how man-made objects relate to a natural environment. Also, I try to understand how objects relate to the identity of their owners.
Posted by SinisterPurpose at 12:27 AM 5 comments:

Here's more angsty bullshit from so long ago. If only that version of me could hear me screaming, maybe he'd stop.
Prime Time
Hurry up and watch!
Quick sit down to see
open your dead eyes
stare with hypnotic absence
As men smear the blood of infants
across the glass
Old men in dull gray suits
rip the viscera of the living
to entertain that dead
Broadcast Death and Pain
They murder you slowly
Killing with the sights
the sounds and the smells of terror
You can't get enough
there's one in every room
These same gray men
have made a junkie of you
Shoot up for hours on end
Ask that kid of yours
that one you don't understand
Beg them to Call the Corner
Because someone has killed you
You're Dead
Dead of Radiation Sickness
So...I'm better than people who watch television. I think I wrote this in front of the television. The word "hypocrite" seems to good for this version of myself.
Posted by SinisterPurpose at 7:47 PM 19 comments: